Toxicity of the oxygen

Well-known in the case of newborns and COPD patients, the risks associated with hyperoxia also exist in other pathologies such as stroke (CVA) or myocardial infarction5.6.

In the case of myocardial infarction, oxygen therapy is administered as a matter of course, despite clinical data pointing to a potential increase in the size of the infarct owing to coronary vasoconstriction and an increase in oxidative stress.

The AVOID study, recently published in the Circulation journal, demonstrated that during the acute phase of an infarction, oxygen should be administered only if patients present an SpO2 lower than 94% and must be titrated to prevent hyperoxia. Too-liberal use of oxygen may result in a greater increase in cardiac enzymes and an increase in the size of the infarction7.8.

Moreover, numerous publications warn against oxygen toxicity in a pre-hospitalization context, during operations and in intensive care where a recent study published in the JAMA showed that maintaining normoxia in patients receiving mechanical ventilation resulted in a significant reduction in mortality compared with even moderate hyperoxia9. 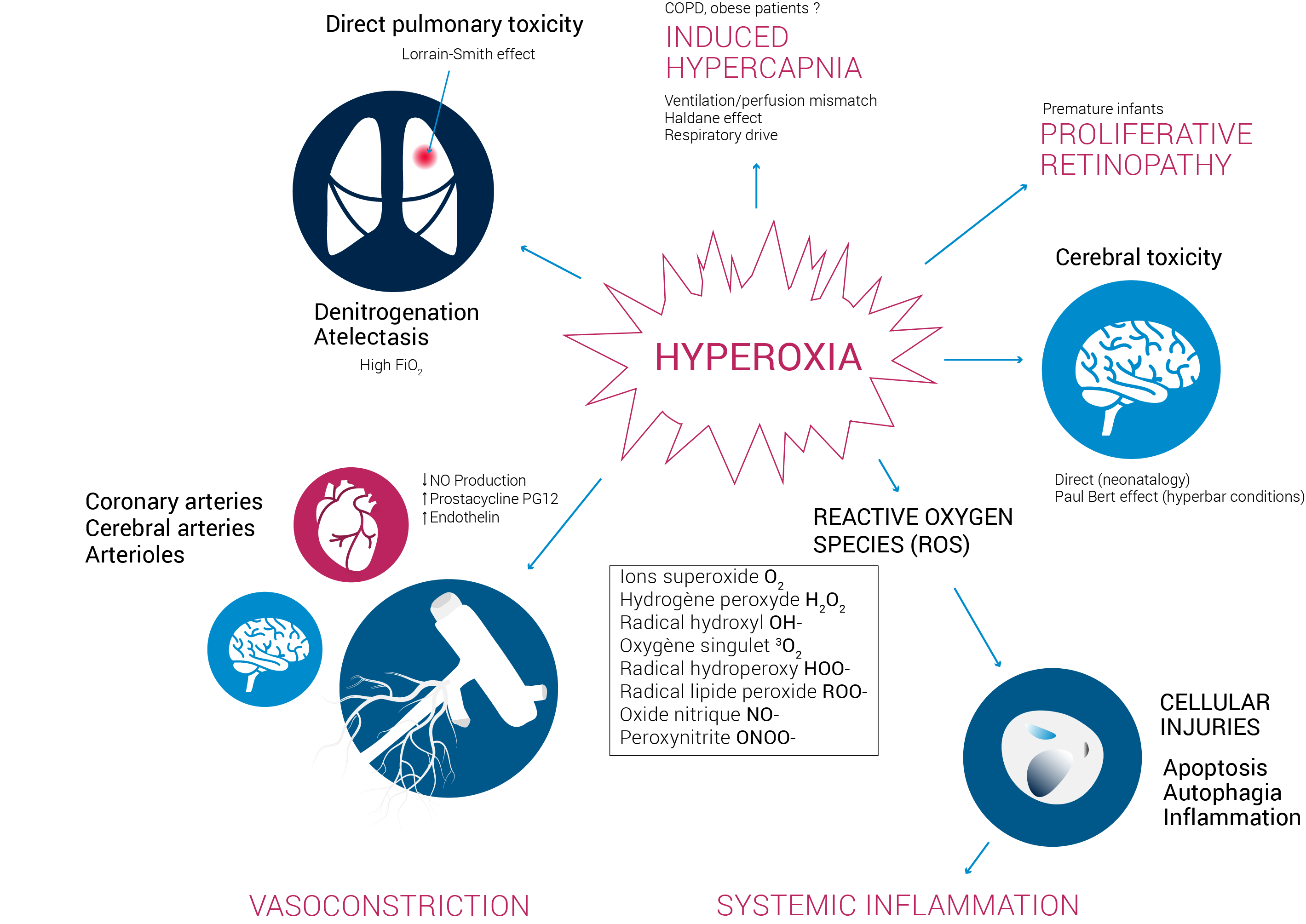 Subscribe to our newsletter and stay informed about the development of automated oxygen therapy and its new therapeutic perspectives.

We use cookies to ensure that we give you the best experience on our website. If you continue to use this site we will assume that you are happy with it.Ok